People can receive workers’ compensation benefits when they suffer an injury that is work-related, but the term “work-related” is sometimes more complicated than it might first appear. In general, any injury you suffer as a result of your job duties, or those that arise while doing your job, are covered under work-related injuries.

For example, a truck driver who is injured while loading cargo is clearly performing work-related tasks, and would be covered under workers’ compensation. Similarly, someone who is on a business trip or who is attending a conference to represent her employer will also be entitled to workers’ compensation should she suffer an injury.

On the other hand, injuries a worker suffers that aren’t related to the job are not usually covered by workers’ compensation. So, for example, if you get into a car accident while on your way to work, you won’t be able to file a workers’ compensation claim. Though you have to travel to your job in order to perform your duties, the act of commuting to and from your job is not considered part of your employment responsibilities.

Additionally, workers who suffer self-inflicted injuries, injuries that arise as a result of intoxication or drug use, or injuries suffered as a result of fighting with other workers, are not typically covered by workers’ compensation.

Just as with injuries or accidents, people who want to file a workers’ compensation claim for an illness must be able to show that the illness occurred as a result of the work environment. These types of illnesses are often referred to as “occupational diseases.” An occupational disease is an illness or chronic medical condition that you get specifically because of your job.

For example, workers in the health care or medical sectors are often exposed to dangerous diseases, chemicals, or hazardous situations. Those who are infected with a disease, such as HIV, because they were exposed to it in the workplace can file a workers’ compensation claim. Other medical workers might be able to file a claim if, for example, they were exposed to high levels of radiation as a result of working near radiological equipment.

Workers’ compensation goes beyond physical injuries and illnesses, and also covers mental health problems that arise as a result of employment. As with physical injuries, mental illnesses or psychological disorders an employee suffers must arise out of workplace conditions in order for the employee to be able to receive workers’ compensation benefits.

For example, a worker who witnesses a workplace accident that leads to someone being seriously injured or killed might suffer from post-traumatic stress disorder. Because this disorder arose as a result of the working environment, workers’ compensation will also cover it.

Workers Compensation: I Was Injured at Work, Can I Sue? 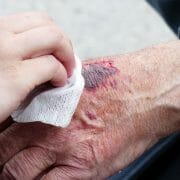 Workers Compensation Lawyer James Island | When Out of Work, Bills Pile Up – Fast

Can A Guest Sue You Over Being Injured At Your Home During A Party? Personal Injury Settlements And Negotiations
Scroll to top