If you are seeking workers’ compensation benefits, you will have to show that your injury or illness is work-related. Usually, if you were doing something for the benefit of your employer, and you were injured or became ill as a result, then your injury or illness is work-related and you can receive benefits as long as you meet the other eligibility requirements. (See Nolo’s article Are You Eligible for Workers’ Comp Benefits? for more on these requirements.)

Although the “work-related” requirement may seem like a simple rule, it can get tricky. Some common situations are covered below. If your injury or illness falls into a gray area, you may want to consult with an attorney to find out whether you will be eligible for benefits. (To learn about situations that aren’t covered by workers’ compensation, see Nolo’s article Workplace Injury: When You Can Sue Outside of Workers’ Compensation.)

Usually, injuries or illnesses that happen on an employee’s lunch break are not covered under workers’ compensation. For example, if you sprained your ankle while walking into a deli to pick up your lunch (or lunch for your coworkers), then you probably cannot claim workers’ compensation for that injury. However, if you were also picking up lunch for your boss, then the injury might be covered.

If you sprained your ankle in a cafeteria on the company’s premises, then your injury might be covered by workers’ comp. Using a company cafeteria saves you time, which leaves more time for work, which makes your use of the cafeteria beneficial to your employer.

Many companies sponsor special events like parties, picnics, or baseball games — and injuries sustained at these events are usually covered by workers’ compensation. For example, let’s say Don drinks too much wine at the company anniversary party and decides to twirl his coworker Angie above his head while they are dancing. Unfortunately, he drops Angie, and they both fall. Angie breaks her arm, and Don suffers a severely strained neck. Both injuries are probably covered by workers’ compensation.

As an example of how injuries that stem from misconduct are usually still covered under workers’ compensation, let’s say Dolores and Kalil work on the assembly line at Widget World. One day, they decide to play catch with a two-pound metal ball that is part of the machinery. This is in direct violation of a safety rule, which prohibits playing with the equipment. While Dolores is attempting to catch the ball, it slips through her hands and hits her in the head, knocking her unconscious and causing a minor brain injury. Her injury could still be covered by workers’ compensation, even though she was violating a work rule when she got hurt, especially if the employer knew this type of horseplay occurred and condoned it.

There are some exceptions to this general rule. For example, if your injuries were self-inflicted, then they might not be covered.

If you have a preexisting condition, and your job aggravates or exacerbates it in a way that results in an injury or illness, then the injury is probably covered by workers’ compensation. For example, when Marco was 30, a disc in his back ruptured. The injury resolved itself within six months and has not bothered him since. He is now 45 and works in a department store. One day, he ruptures the same disc while lifting a heavy object off a shelf. Although his job did not cause his initial injury, it certainly caused it to reoccur. The injury is now covered by workers’ compensation.

People who work in noisy environments — such as construction sites or manufacturing plants — often suffer hearing loss over time. Unless there is some other obvious reason for the impairment, this injury is usually covered by workers’ compensation.

Be warned, however, that it can be hard to prove that the mental condition actually exists and that it was caused by workplace events. This is a situation in which a consultation with a lawyer can help you decide how to proceed. To locate a workers’ compensation attorney in your geographic area, visit Nolo’s Lawyer Directory.

If you have a disease or illness resulting from your work, then you are entitled to workers’ compensation. For example, workers suffering from asbestosis, which is a disease caused by exposure to asbestos, can receive workers’ compensation benefits, as can workers suffering from black lung disease, which is caused by inhaling coal dust. Except in the case of recognized environmental illnesses like these, however, it can be difficult to prove that a disease is work-related and not something that would have happened anyway. 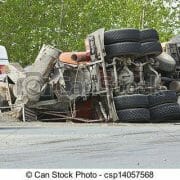 Workers Compensation: I Was Injured at Work, Can I Sue?

Do Insurance Companies Commit Fraud when staking out Injured Workers?

Injured On The Job | Denial is Not the End

Personal Injury Lawyer | Can I Get Workers Comp from Home?

Things we did as kids, that could have killed us.
Scroll to top