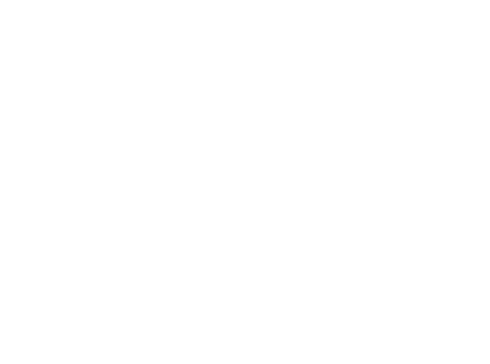 Most people understand the repercussions of eating fast food but sometimes the repercussions are unexpected and may require the services of a personal injury lawyer. Those greasy burgers, fried pieces of chicken and cheesy burritos are high in calories, cause weight gain and if eaten consistently, could lead to diabetes. If that’s not enough to deter you from scarfing down a supersized meal, then consider some of the unwanted “sides” that a few unfortunate customers have discovered in their orders. In the last several years, there have been a handful of displeased fast food eaters who took legal action against the fast food chains to either make an easy buck or hold them accountable for their lousy products. The following personal injury lawsuits, regardless of the plaintiffs’ motives, are memorable because of their supersized statures (publicity-wise, for the most part), and in some cases, frivolity.

Costly McCoffee: The most memorable of all fast food lawsuits, Liebeck v. McDonald’s Restaurants, was the butt of jokes during the mid ’90s. Famously, Seinfeld parodied it when Kramer scalded himself with hot coffee and teamed up with Jackie Childs to sue the coffee house, eventually agreeing to receive free coffee from any of the coffee houses around the world. In reality, Stella Liebeck, the woman who really sued McDonald’s, was awarded $2.86 million in 1994 by the jury who apparently empathized with her claims that the coffee was too hot. It was reduced to a mere $640,000 by the judge and a confidential amount — reportedly below $600,000 — was later settled upon between the two parties.

Beefy McFries: You don’t have to hold the most rigid religious beliefs or hate fast food in order to understand why McDonald’s was in the wrong on this one. In 2002, the company issued an apology and paid $10 million to vegetarian and religious groups to settle a lawsuit that claimed the company inaccurately labeled french fries and hash browns as vegetarian. When the suit was brought forth in the early ’90s, McDonalds was adding beef flavoring to its fries instead of vegetable oil as it claimed. Of course, even if you’re a vegetarian, you have to admit that beef flavoring isn’t the most harmful ingredient that’s been used in McDonalds’ fries.

McShards of Glass: Two all beef patties, special sauce, lettuce, cheese, pickles, onions… and glass? In 2005, John Florio, a New York City cop, was given the extra ingredient in his Big Mac and found out the hard way, breaking his tooth and suffering cuts to his mouth and throat. The culprit was 18-year-old McDonald’s employee Albert Garcia, who was later arrested when an officer noticed he spit in his food. Florio sued McDonald’s for $5.5 million and Garcia was charged with felony assault against a police officer. Way to be a rebel, Bert.
More Mickey D’s, More Glass: Fast food workers seem to have a distaste for cops. Almost six years after the New York incident, Vjollca Lecaj is pursuing $50,000 in damages after biting into a spicy McChicken sandwich that contained shards of glass. It’s hypothesized they came from a coffee pot that overheated and exploded — hey look, McDonald’s coffee harms yet another customer. Lecaj claims she suffered permanent oral injuries, and that the fast food restaurant failed to ensure her sandwich was ready to eat after making it. Given the obvious health consequences that come with eating glass, it’s safe to say Florio and Lecaj are justified in their lawsuits.

Trans Fat Procrastination: McDonalds is the whipping boy of the fast food chains because, well, it’s the biggest and most powerful — though not powerful enough to overcome a lawsuit from Stephen Joseph, president of BanTransFats.com. Joseph claimed that McDonald’s, which promised to cut trans fat levels in its cooking oil in September 2002, failed to effectively inform the public when it delayed the change in February 2003. McDonald’s agreed to give $7 million to the American Heart Association for a campaign to educate the public about trans fats, and spend $1.5 million to update the public on its progress in finding a trans fat substitute. Joseph’s suit was hardly frivolous — it served to alert the public about an issue of which many people may not have been aware.

Another Fast Food Joint, More Trans Fat: In 2007, Burger King was the target of a lawsuit from the Center for Science in the Public Interest claiming that the company knowingly put their customers’ health at risk. The nonprofit demanded Burger King to stop using trans fat, and in the meantime, provide warning labels highlighting its risks. CSPI decided to take action after other fast food companies, such as Wendy’s and KFC, were transitioning to healthier options. Burger King eventually pledged to phase out trans fat by November 1, 2008. Kudos to CSPI.

Jack’s E. Coli Fiasco: It’s amazing that Jack in the Box survived the public relations nightmare that came as a result of the 1993 e. Coli outbreak. Undercooked patties containing fecal material were distributed to patrons in the Pacific Northwest, causing 600 to fall ill and four children to die. The company was served with hundreds of lawsuits. In order to avoid more bad publicity, it immediately settled. In one case, a nine-year-old girl who suffered kidney failure was given a $15.6 million settlement. Jack in the Box has since rehabilitated its image and won the “Black Pearl” award for innovations in food quality and safety, which, of course, means every franchise is impeccably clean.

Where’s the Beef?: A California woman has beef with Taco Bell, alleging it has engaged in false advertising by claiming to use seasoned ground beef when just 35 percent of the meaty substance is actual beef. The suit mentions that the beef is composed of ingredients such as sodium phosphate, maltodextrin, modified corn starch, soy lecithin, autolyzed yeast extract, wheat oats, isolated oat product, water and anti-dusting agent. Sound Yum! to you? The woman isn’t asking for money, but rather honesty from the fast food giant. So this suit isn’t big on money; just accountability.

The Chilli Finger Hoax: Wendy’s was the victim of attempted grand larceny in 2005, when Anna Ayala claimed that she bit into a 1.5-inch fingertip that was in her bowl of chili. As it turned out, she paid a man $100 — just $100! — for the severed fingertip and planted it in the container. She dropped the suit when suspicion arose, but eventually served five years in prison for the hoax. The felony complaint against her claimed Wendy’s restaurants in the Bay area lost $2.5 million, which, if true, can be attributed to the fact that Ayala’s story was so believable.

Flesh Sandwhich: David Scheiding was given an interesting slice of meat in his Arby’s chicken sandwich in 2005. As he was biting into it, he discovered a piece of flesh that was almost an inch long and immediately fell ill. Health investigators later found that the restaurant manager sliced his thumb while shredding lettuce and didn’t dispose of the bin that contained the lettuce. Because of the negligence, Scheiding sued the fast food restaurant operator for more than $50,000 after rejecting a settlement offer made by GZK Inc.

As A Criminal Defense Lawyer, I Am Upholding The Constitution

Tips for Avoiding a Misdiagnosis Do You Need to Have Your Criminal Record Expunged?
Scroll to top