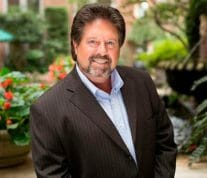 The Clekis Law Firm’s founding partner, Nicholas Clekis moved to Charleston, SC in 1982 to attend the College of Charleston where he received a Bachelors of Science and then went on to attend the University of SC School of Law, graduating with a Juris Doctorate in 1985. Early on in his career Nick worked with firms like Morris, Duffy & Boone (now known as McNair Law Firm, PA) and Grimball & Cabaniss, LLC. After working in larger firms, Nick knew his calling was to help people who had been injured due to the negligence of others, a passion he’s continued to follow over the last 30 years.

An avid musician, Nick plays the bass guitar with local band, No Clue, and has been known to jam out on occasion with Darius Rucker. When he’s not playing music, he can be found cheering on the Gamecocks or enjoying a day on the water with his wife Lori and their two daughters.

An active member of the Charleston Community, Nick works or has worked with the following organizations: