Personal injury lawyers, the U.S. Coast Guard and the Florida Fish and Wildlife Conservation Commission investigated the events of a catastrophic maritime accident that led to the death of a Florida vacationer. David Sieradzki, 31, was vacationing from South Carolina with his family and was parasailing off Longboat Key when the boat malfunctioned and lost speed, causing him to plummet 800 feet into the water. Though he was wearing a life jacket and was reportedly waving his arms in the water, he was unconscious by the time he was pulled into the boat, and pronounced dead shortly later.

The Parasailing Safety Council said that from 1990 through September 2009, there were more than 380 parasailing accidents, resulting in 78 serious injuries and 22 deaths in the United States and its territories.
Sieradzki was parasailing on a boat named Almost Heaven, a 28-foot commercial parasailing vessel operated by Fun N Sun Parasail and based in Bradenton Beach. Though both an inboard and outboard motors appeared to be working, apparently the lower propeller unit malfunctioned and stopped spinning, causing the boat to lose speed. After Zieradzki fell into the water, the crew on the ship pulled him in by hand and performed CPR until the Coast Guard arrived. He was then brought to the Coquina boat ramp on Anna Maria Island, where the Coast Guard performed CPR until Manatee County Emergency Medical Services arrived and pronounced him dead.

The area is no stranger to tragic events like this, as a similar tragedy occurred just last September along Clearwater Beach. Alejandra White, a 27-year-old tourist from Georgia, was parasailing with her fiancé when the wind picked up and the rope snapped, causing both to fall. White’s fiancé, Shaun Ladd, was able to swim ashore with his injuries but after falling into the water, White’s sail was grabbed by a gust of wind and she was dragged onto the beach. She was rushed to the hospital but later passed away from her injuries. Legislators this year proposed a bill, named after Alejandra White, that would have established state oversight of the commercial parasailing industry, but the bill failed.

Though many maritime injuries and casualties are the result of carelessness by an individual, sometimes an accident may be the result of negligence of a third party or of product liability. Therefore, if you or a loved one is involved in a boating or recreation accident, you may be entitled to compensation for your injuries. 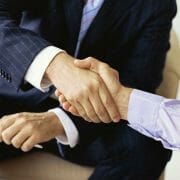 Personal Injury Lawyer Charleston | What We Do