Personal Injury . According to the North Carolina Department of Insurance, as well as studies completed by other states, more than 14 million child injuries occur each year throughout the country. Of these injuries, more than a quarter occur in or around school property. This statistic is not surprising.  Given that during the school year, children spend a far greater percentage of their day in school or at school-related activities than anywhere else.

If your child has been injured while either at school or during a school-related activity, it is natural as a parent to want to know who might be responsible in the eyes of the law. The possible answers to that question are varied and depend on the particular facts and circumstances of each situation.

Was the Act Intentional or Negligent?

This is the first question that must be answered in determining who is ultimately responsible for the personal injury.

This might include bullying, where a child physically harms another student. However, it can also take the form of harm inflicted by an adult, such as where an school employee abuses a student.

In the instance of bullying, the parents of the offending student may be liable for the injury depending on the circumstances of the harassment. The school may also be liable for failing to stop the harassment if it had reason to know the bullying might take place.

Similarly, if an adult employee is the offender, the school district might be liable for failing to conduct a proper background check, or failing to offer appropriate supervision.

Many of these issues overlap with the area of negligence. Perhaps the injury to your child was not the result of an intentional act, but rather the result of an “accident.” If so, even accidents are often caused by some failure on the part of the school or other entity.

What Types of Acts Constitute Negligence by a School?

While children are at school, the school provides for almost all of the child’s needs in much the same way as parents do. Schools are obligated to provide shelter, food, transportation, and a generally safe environment. This also means that the opportunities to come up short in providing these services are numerous.

Generally speaking, if a school fails to follow accepted standards of care in providing those services to a child, and the student is injured because of that failure, then the school is said to be negligent.

Let’s look at a few examples of how these injuries can occur, and where legal liability might lie.

A school bus accident could involve:

A playground injury could stem from:

A food poisoning incident could arise from:

A slip or all on school premises could be caused by:

Injuries from natural or man-made disasters could occur due to:

Injuries during sports and playtime could be caused by:

Is the School Public or Private?

If your child’s school is public, it is considered a governmental entity under state law. There are very strict procedures that you must follow if you want to bring an injury claim or a lawsuit over the incident. Those rules are usually laid down by the state legislature.

Since 1989, the personal injury attorneys of Clekis Law Firm have been representing injured people and their families in Charleston and throughout the Low Country. At the Clekis Law Firm our clients always come first. If you or a loved one has suffered a serious personal injury due to the negligence of another, don’t be victimized twice. You need someone on your side to help you with your personal injury case and obtain the fair and reasonable compensation that you deserve. Call Clekis at 843.779.1160!
March 31, 2016/by damg
https://eyukukmu8vp.exactdn.com/wp-content/uploads/2020/09/ClekisLawFirm_Logo_Bold.png 0 0 damg https://eyukukmu8vp.exactdn.com/wp-content/uploads/2020/09/ClekisLawFirm_Logo_Bold.png damg2016-03-31 00:00:002016-03-31 00:00:00Personal Injury | My Child Injured at School 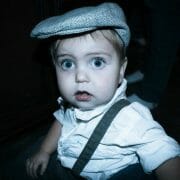 What are damage caps in a personal injury case?

How Social Media Can Sabotage Your Personal Injury Claim