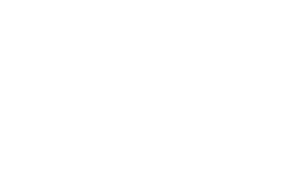 The criminal defense lawyers at Clekis can handle your case if you have been charged with BUI (boating under the influence). Everyone knows that it is illegal to operate an automobile while under the influence of drugs or alcohol but not everyone is aware that the same laws apply to boating. If you are under the influence and operating a boat, you could be charged with BUI, felony BUI and reckless homicide by boat. If it is suspected that you are guilty of BUI you may be asked to take the Afloat Battery Test (field sobriety test) and/or a breathalyzer.

With warmer weather arriving, Charlestonians are sure to hit the waterways in droves. Boating is one of the most popular activities in the Lowcountry and for many, boating goes hand in hand with drinking. While there is nothing wrong with enjoying a beer or two while on the water, it is important to remember that while under the influence a boat can be dangerous and operating it while intoxicated is illegal. Boating statistics show that a boater with a blood alcohol content level (BAC) of .10% or higher is 10 times more likely to be seriously injured or die in a boating accident. And, it is not only their own life at risk but the lives of their passengers and others enjoying the Charleston waters. BUI is responsible for approximately 34% of fatal boating accidents annually. Therefore, BUI is becoming a priority for law enforcement just as DUI has been a primary concern by state troopers for years. You need to be aware that when you are drinking on the water, you are affected by alcohol more quickly and intensely because of sun, engine vibration, rocking of the boat, and the reflections off the water.

If you are pulled over for a “safety check” or some other minor infraction and the officer believes that you are under the influence he may ask you to take a sobriety test. Because some of the more common field sobriety tests such as “walk and turn” and “stand on one leg” are impracticle on the water, you will be asked to perform the Afloat Battery Test. This can include reciting the ABC’s, counting from 25 to 1 backwards and nose touching. It may also inclue tests like the horizontal gaze nystagmus (HGN) test. Nystagmus is the technical term for involuntary jerking or bouncing of the eyeball. It occurs when there is an irregularity in the inner ear system or a problem affecting the oculomotor control of the eye. A horizontal gaze nystagmus is a lateral or horizontal jerking movement when a person looks toward the side. The results of these tests will determine whether you will be charged with BUI and subjected to a breathalyzer.

Just like with an automobile, a person who operates a boating vessel is considered to have given “implied consent” to a chemical test or analysis of his or her breath, blood, or urine. If you are arrested for BUI you will be taken to a jail or a police station where you will be asked to blow into the breathalyzer to determine your BAC. If you blow, your BAC will fall into one of these categories:

More than 0.05% but less than 0.08% – If the case goes to trial, the jury can make no assumption of intoxication from the reading.

0.08% or higher – If the case goes to trial, the jury will be told they can assume the defendant was under the influence of alcohol.

Even though you have given “implied consent” you can refuse to take the breath test. However, there are consequences. If you don’t take the test:

Your boating privileges will be suspended for 180 days. A criminal defense lawyer can fight this suspension at your hearing.

At trial, the prosecution may argue that “that only a drunk man would refuse the test.” However, a good criminal defense lawyer can usually combat this easier than a high reading.

If you are convicted or plead guilty to a BUI, the penalties are similar to a DUI. The penalties include the loss of boating privileges, fines, and possibly even jail time. You can also expect your boating insurance rates to increase dramatically and never seem to come back down even years later. For these reasons, if you have been arrest for BUI you will the assistance of a criminal defense lawyer. The criminal defense lawyers at Clekis Law Firm are here to help.